Bought the grips (R1150 models) 2 months ago but didn’t have the time to put them on myself. Finally got around to doing it and spent 1.5 hours scrapping and peeling off the original rubber. The left side was a breeze. With a pen knife, slice along the grip and peel off like banana skin. Took just 5 minutes. 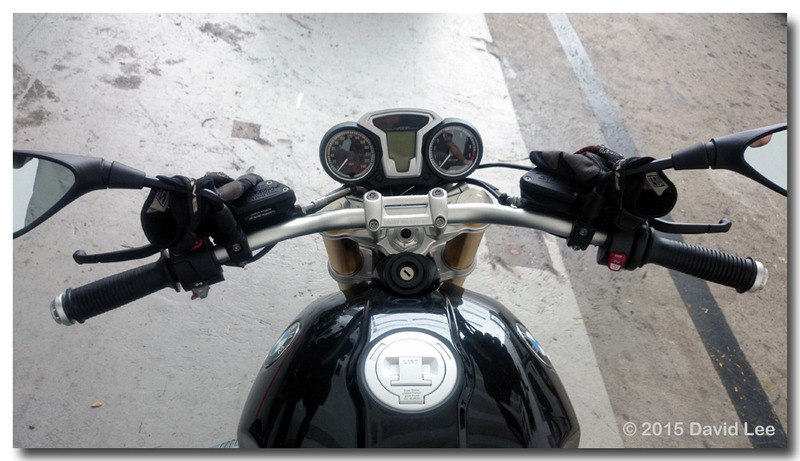 Changing the right side was a pain to say the least. Initially I tried using hot gun but after a while I was afraid for the switch so used a pen knife and slowly scrapped it off. Looking at how difficult it was to remove the rubber from the plastic twist, I think it’s not possible for bikes with heated grips as the heating element is sandwiched between the plastic and rubber items. The rest of the time was spent skinning and trimming.

Once completely skinned and with the assistance of an air gun, popping those new latex was fast.

Now replacing grips is just that, replacing the grips instead of the whole assembly which BMW only sells at approximately S$80 (left) and S$170.00 (right). Besides, the handlebar is ready to accept grips from other makes and designs.