For the longest time I have been bearing with an annoying rattle noise that seems to come from around the fuel tank area. It sounds much like a plastic spoon loose inside an empty metal container. It seems to be louder with 1/2 tank and less.

Initially I am convinced it came from the fuel sensor float inside the tank. Looked through the parts catalogue of the fuel tank item by item and try to locate and rectify this. Physically ran my fingers around and under the tank to see if anything was loose. Even the fuel pipes were molested. Opened the fuel tank filler cap and ran my fingers inside and around and felt this weight hanging. Similar to my R1200 GS Adv. the weight is meant to close the vent hole to prevent fuel from draining out in the event of a fall.

The weight that closes the vent valve.

With the engine running I touched the weight, the sound disappeared. Release my fingers and the sound came back after a while. It wasn’t touching anything inside, just hanging freely. I suppose the vibration from the fuel tank is enough to rattle it a little and the sound is magnified by the hollow metal tank. It is fine on my R1200 GS Adv. having the same design and part but plastic tank. 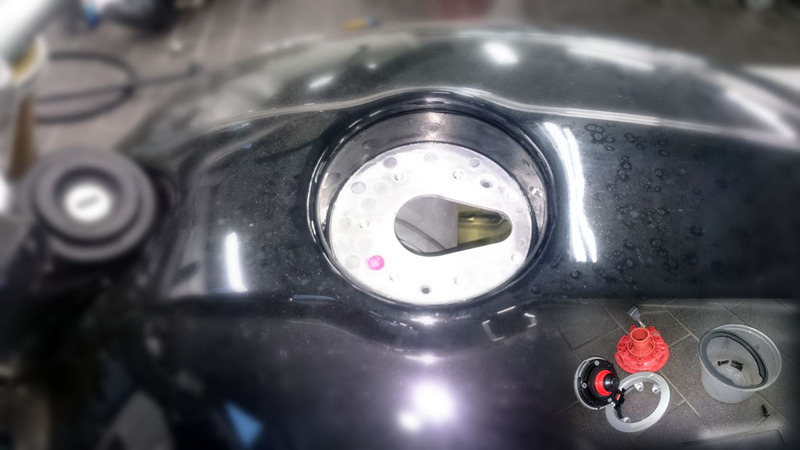 I guess there are several ways to modify this. Either add more weight and increase its length, the idea being with increased mass will require more force to rattle. How much more I couldn’t be sure and I don’t like to do trial and error type work. The other approach, which I have taken, is to crimp the hinge to add a little friction but not over restrict the movements. It took several tries on the vice until the desired resistance was achieved. Holding the neck and tilting left and right to simulate a fall still saw the valve close. It’s done. 🙂

Now before putting back the filler cap and neck, there is the business of preventive maintenance. I applied a thin layer of grease to the area under the neck where the sun don’t shine and water and humidity will wreak havoc. Although there is a rubber gasket on the surface but hey, rubber will harden and crack over time. Looking at the design BMW either forgot or deliberately did not make a drain hole for the bike while on its side stand. Either way I am not taking any chances here, I hate rust especially on a beautiful tank.

Apply a light layer of grease to prevent corrosion from setting in. 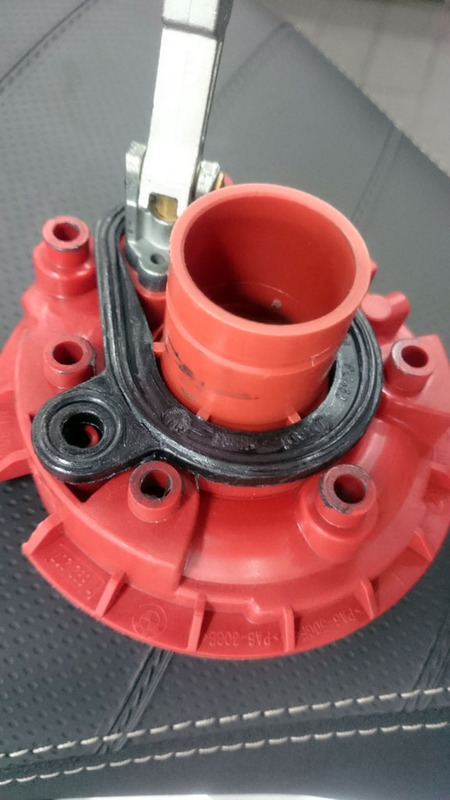 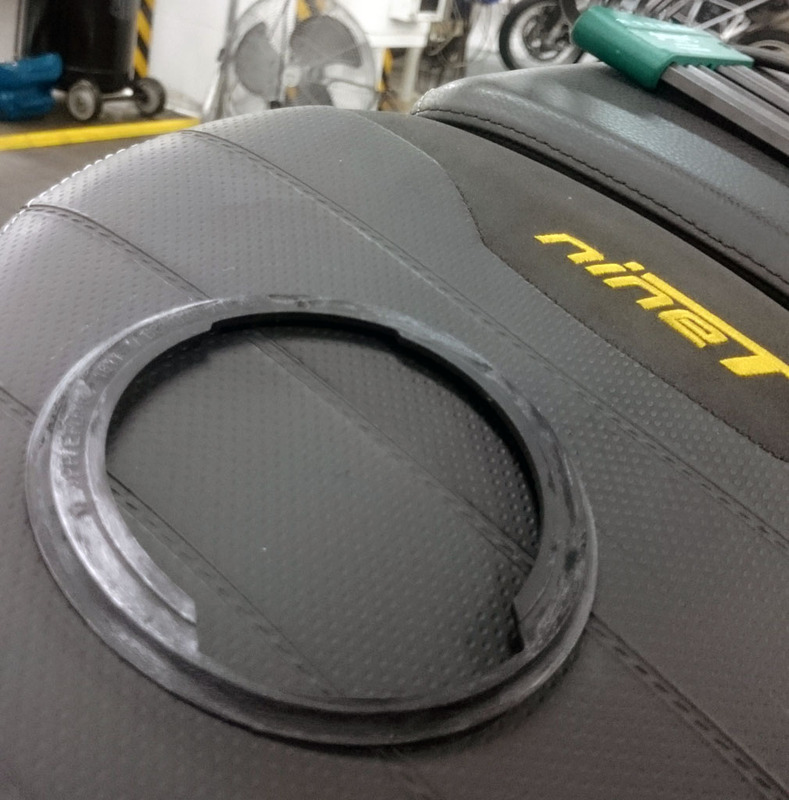 Finally grease the surface gasket on both sides.

The reserve light just came on during the road test. I could only hear the trumpet of my exhausts. Sweet. Rattling is gone!

Note: Doing any modification and unauthorized repairs may affect the safety of a motorcycle and rider. The usual disclaimer mambo jumbo applies.